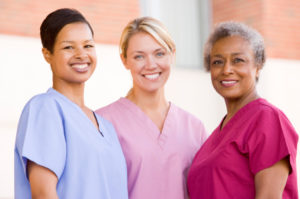 Nurses and doctors have high-pressure jobs and spend much of their day in stressful situations. That’s
bound to cause some problems between co-workers. Whether it’s a nurse/doctor relationship, which is
known to be strained anyway, or two nurses working together, there are bound to be flair-ups when the
pressure is on.

If you don’t keep it in check, your working relationships will deteriorate rapidly, making even the easiest of shifts feel stressful. But it doesn’t have to be that way.

You’re all in this together

You don’t wake up one more and magically become part of a team just by showing up. Being on a team is a commitment. You have to put the work in at practice (i.e. having each other’s back in the everyday workplace) as well as at the big game (i.e. when a major medical disaster strikes). Being on a team means you don’t get to pick and choose when you’re willing to play for the good of the team.

It also means even when things aren’t going well and it’s clear you’re going to lose the game, you stick it out to the end and support each other in the loss. Knowing you’re all on the same team no matter what makes the stressful situations not seem so bad because you know you’re not alone.

Go ahead, laugh about it

Laughter is the best medicine. Didn’t they teach you that in medical school? Yes, your profession is important and so is the work you do, but don’t let it cause you to take your job and yourself too seriously. When there’s time to relax and share a laugh with the team, do so.

Want to make some quick friends at the hospital, learn a few jokes – tasteful, of course – and share them freely. When a co-worker has had a bad day, you’ll be prepared to lift their spirits. One day, they’ll return the favor.

Put a smile on your face

I’m sure you’ve walked into a gas station to find a frowning clerk who hates her job and wants nothing more than to not be where she is. Is that you? If a stranger saw you making rounds, would he or she think the same thing of you? It might sound trite, but smile. Even if you’re in a foul mood and don’t want to, do it anyway. Your frown is contagious, just like your smile. Which would you rather share?

There’s a quote that goes, “If you encounter a jerk in the morning, he’s a jerk. If you encounter jerks all day long, you’re the jerk.” You get back what you put out. So if you’re walking around emanating negativity, guess what you’ll receive?

Keep yourself in line

The next sentence is one you don’t hear very often, if at all. It’s all about you. It’s likely taking you a moment to digest the big contradiction attached to such a small sentence. Despite hearing so often that it isn’t about you, this is one area where you need to throw that mentality out the window. Because when it comes to maintaining good relationships with other nurses and doctors when working in a stressful environment, there’s really only one thing you can control. You.