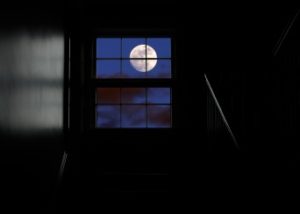 The thing about operating light installations (in my experience, at least) is that they seem to either go really quickly and easily or they are somewhat of a nightmare. I never really have experienced an “in-between.” I have probably installed 50 sets of surgical lights in my career, ranging from new Burton and Medical Illumination lights to refurbished Amsco, Steris, ALM, and Haraeus lights. All of these operating lights have shortcuts and easier methods of installation that can only be learned from experience and mistakes. Contractors and architects that follow the cut sheets for ceiling prep is an enormous advantage, too. I can walk into an install and usually tell 99% of the time if the install will be one authored by Steven King or Dr. Seuss.

A few years ago, Renee and I were installing surgical lights at a brand new facility that was in the final stages of construction. These were brand new surgical lights that we were installing, and right from the start I could tell this would be another horror story.  The contractor had not run the electrical wiring in the ceiling yet, and although the mounting plates were in the ceiling and rather well done, the contractor did not cut out the sheetrock around all the mounting plates (they had only cut out around one to show us the plates) or drill out any of the holes in those plates for the mounting bolts. Drilling these holes is not like drilling through a piece of plywood, keep in mind. This is 5/8″ thick steel. There were a total of eight mounting plates that had to be drilled and the contractor placed a worker with us to begin cutting out the holes in their sheetrock ceiling covering the mounting plates. The electrician was also summoned to begin pulling wire. We were quite frustrated at this point, as all of these tasks should have been completed by the contractor, but what could we do? We got to work, because that’s what we do. Complaining in a situation like that only makes the job worse. It’s akin to being caught outside in the freezing weather and saying, “It’s so cold!!!”

To Work We Went

As we drilled and installed each light the hours passed by and my arms and neck ached from the hard drilling and looking up while doing so.  Before we knew it the contractors were all gone and the sun was drifting lower and lower towards tomorrow. We kept working long after dark, promising the onsite construction supervisor that we would lock the door as we exited when finished. Finally after 12+ hours of work (in really cold temps, I might add, as the buildings heat and AC had not yet been finished) we were through. The lights were installed. We did all of our final checks in addition to turning on each set of surgical lights to test them and let them stay lit for 30 minutes to make sure there were no problems. We were finally ready to leave and get something to eat and rest. We shut the door behind us as we exited the rear of the building. Only our car remained in the parking lot, since by this time it was easily 10pm. The trucks on the interstate behind the ASC roared by as we melted into the car; sitting at this point was welcome.

Suddenly we gasped, almost in chorus. We could see a glow coming from one of the high windows above one of the operating rooms that lets in natural light during the day. We knew immediately what had happened…we had accidentally left one of the operating lights on! Blaming this solely on fatigue, we sat silently for a few seconds – contemplating our next move. We couldn’t consider leaving them on unattended. This would be a safety hazard and certainly not a chance we were willing to take. We tried to reach the contractor and our clinic contact by phone, but they did not answer.  We drove around the ASC, searching for a solution to our dilemma. Was there a place somewhere we could get back inside? Everything looked well secured, our only hope was the door we came out of.

Now, I do have a confession to make. I was somewhat of a shade-tree lock picker in college. I don’t know how or why, probably a skill I learned watching my Father at some point, as he was and still is quite good at those types of things. I obtained a reputation in my college years as a free locksmith of sorts – only using my “skills” for good causes :). When one of my friends, or sometimes their acquaintances would lock themselves out of their apartment (usually at 1am after coming back from the “library”), I would get a call. I seemed to always find a way in, be it through a window or door, then proceed to scold them (particularly the females) on how I got in and what they needed to do to keep others out with malicious intentions. I sometimes think they didn’t heed my warnings simply because if they followed my suggestions they would be out of luck the next time they were out late and lost their keys.

We approached the door and I asked Renee to pull on it with slight pressure as I opened my pocket knife and placed it in between the door and the jamb. As she pulled I slid the knife beside the locking mechanism and Viola! We let out a sigh of relief as we flung the door open and hurried inside and turned off that set of lights and checked the rest twice!

To this day, you can be sure we check twice to make sure the lights are all off after testing – no matter what time of day it is!